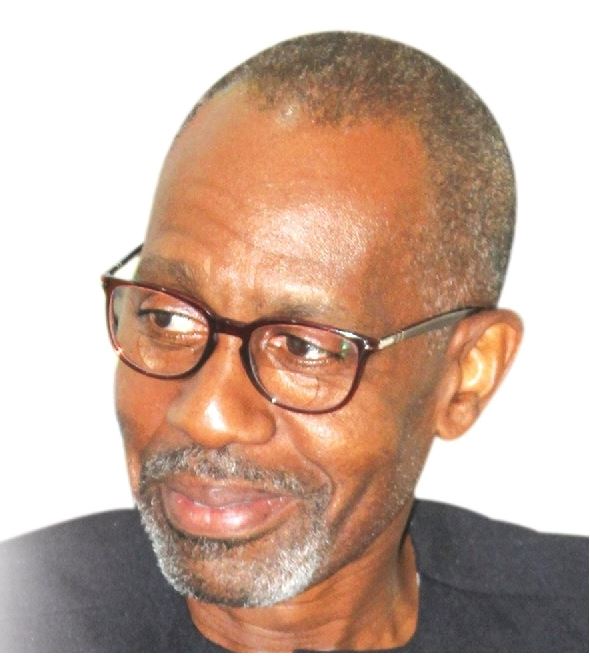 Ekow Hackman - Board Chairman of BOST

After 11 years of recording losses, the Bulk Oil Storage and Transportation Company Limited (BOST) made remarkable turnaround, recording GH¢168.8 million profit after tax last year.
The state-owned strategic petroleum storage distribution company, which was saddled with more than half a billion-dollar debt, has also been able to clear about 80 per cent of the debt off its books..
In the year under review, the company recorded total revenue of GH¢1.12 billion, which was almost double the amount of GH¢671.6 million that came from product sales, GH¢380.4 million from the BOST Margin, GH¢52.64 million from storage and rack, GH¢14.83 million from marine transportation, with GH¢2.07 million coming from products swap.
This came to light when the Managing Director of BOST, Edwin Provencal, together with the Board Chairman of the company, Ekow Hackman, interacted with the .Graphic Editorial team, during which the company's turnaround story was shared.
It was the second time in the year that the leadership of BOST has interacted with the Graphic.

Mr Provencal said when he took over BOST in 2019, the company was saddled with trade liabilities of $624 million.
“That meant that some people had brought in products but hadn't been paid or we traded at a loss and so we owed suppliers $624 million,” he said.
He said aside from the debt, the company had taken some guarantees from banks and had legacy loans totalling GH¢284 million.
In addition to that, BOST owed some bulk oil distribution companies (BDCs) to the tune of $37 million for products that had“If you take over a company and instantly people are in court with you and want their money, that looks very scary,” Mr Provencal noted.
However, as of the end of last year, he said, the company had managed to pay $611 million out of the $624 million debt it owed suppliers.
Out of the payment, the company's internally generated funds (IGF) accounted for 70 per cent ($426 million), with the government providing 30 per cent through the Energy Sector Levy Act (ESLA) bond, he explained.
“This tells you that the company has a huge potential and should not run at a loss,”
He said out of the GH¢284 million owed banks, the company had paid GH¢187 million through its IGF.
“It is my hope that by next year, we would have finished paying. It's a running loan and, therefore, accruing interest,” he indicated.
He said as the company started paying its debt to the banks, the banks realised that credibility was being restored and some of them decided to extend new credit to the BOST to bring in products.
With regard to the $37.6 million owed BDCs, Mr Provencal said, an internal forensic audit undertaken by BOST revealed that the debt was actually $10.1 million and not $37.6 million.
“This was done by my predecessors; when they came in, they decided to look into that matter again. So when I came in 2019, there was a committee set up to look into the matter again.
“All I did was to add the Economic and Organised Crime Office (EOCO) and the National Investigations Bureau (NIB) to the committee and the result of that internal forensic audit was that $37.6 million became $10.1 million,” he pointed out.
He said BOST had paid down on that debt as well and it was only left with $5.8 million.
Turnaround strategy
Mr Provencal said aside from paying down most of its debts through various interventions, the company had also brought back 12 of its 15 storage tanks, revamped its transmission pipelines and rehabilitated its tugboats and barges, which are all contributing to the revenue streams of the company.
Infrastructure challenges
He said besides the financial challenges that BOST was facing, it also faced a huge infrastructure challenge, which meant that only 17 per cent of its assets brought in revenue.
“We had bought some pipelines in 2008, and as of 2019 the pipelines were still at the mercy of the weather in Houston.
“Our pipeline from Tema to Akosombo was out of service; our Bolgatanga-Buipe pipeline was also out of service. Our marine facilities, the barges and the tug boats were not functioning and three out of our six depots were out of service, but we still had staff going to work,” the Managing Director bemoaned.
He said 15 out of its 51 tanks had also been decommissioned for lack of maintenance.
“So our assets which could have made us money were all shut down and we had only 17 per cent of our revenue earning assets in operation.
“We also had some tax arrears that we had not paid and our BOST margin was still 3Gp and remained so until 2019,” he said.
Fast forward to 2021 and Mr Provencal, who is a management consultant, said the company had now repaired 12 of the 15 tanks, fixed the pipelines, brought the pipelines from Houston, the barges were all back on track, the jetty had been fixed, while all old equipment had been taken out and a new one brought in.
Because of that, he said, the company was now exporting to Mali.
“Our export to Mali has grown from 0.3 per cent in 2019 to six per cent of Malian importation of petroleum products in 2020,” he noted.
Strategic reserves
He said although BOST was mandated to hold a strategic stock of not less than six weeks of national demand, it had been unable to do so effectively because nobody paid for it.
“The strategic reserves will give the country comfort, but It's like insurance - when you have insurance, you are supposed to pay for it. But nobody pays for the strategic reserves after the strategic reserves levy was scrapped in 2008. So anytime they ask me whether I have reserves or not, I say no,” he stated.
He said BOST, however, had some small storage that might last about 14 days but that could not be called a reserve in its right sense.
Political economy
Mr Provencal said the success of BOST had come with some push backs from some stakeholders who had cashed in on BOST's failures.
He said BOST had four main transportation mediums - the use of bulk road vehicles (trucks), barges and pipelines.
“There are some transport owners who have trucks and their livelihoods depend on the trucks, so it won't be in their interest if the pipelines of BOST and barges are working,” he explained with regard to the frequent allegations about the company's operations.
Mr Provencal said the board, the management and the staff of BOST were unperturbed and would continue with their resolve to make the company efficient
and profitable.